In a fun, Instagram series Francois Vogel quite humorously turns his unaware cat into his muse. Vogel takes his beloved cat to extreme limits. He stretches his cat through the dining room, transforms him into a walking jellyfish cat, and tosses him into an expanding sea of fish. This humorous, absurd and satisfying digital Instagram art made me stop scrolling and want to delve into more works of this artist.

In my quest, I found that Francois Vogel is not just an Instagram artist, but an award-winning French photographer and filmmaker known for his short films. Besides this, he has also been hired by big brands for more commercial work.

What I especially found interesting is Francois Vogel’s inborn curiosity and passion for experimenting with photography and film techniques. In an interview with DIGICULT he expresses that his artistic career started as a childhood dream. As a young child he used to make animated films with his father’s super 8 camera and was a fan of the ‘neglected’ Dutch graphic artist M.C. Escher, who remains his main aesthetic point of reference. Later in his life, as a student at the Decorative Arts Academy in Paris, he started testing different techniques and building his own cameras: from pinhole cameras, software for 3D modelling, to glass balls for his filming.

As a true artist, researcher, inventor and image-maker, Francois Vogel continues to experiment with loads of interesting devices that transform everything that he encounters into a bizarre experience.

M.C. ESCHER WHO?  Maurits Cornelis Escher was a Dutch graphic artist who made mathematically inspired woodcuts, lithographs, and mezzotints. Despite the wide popular interest, Escher was for long somewhat neglected in the art world, even in his native Netherlands. He was 70 before a retrospective exhibition was held. 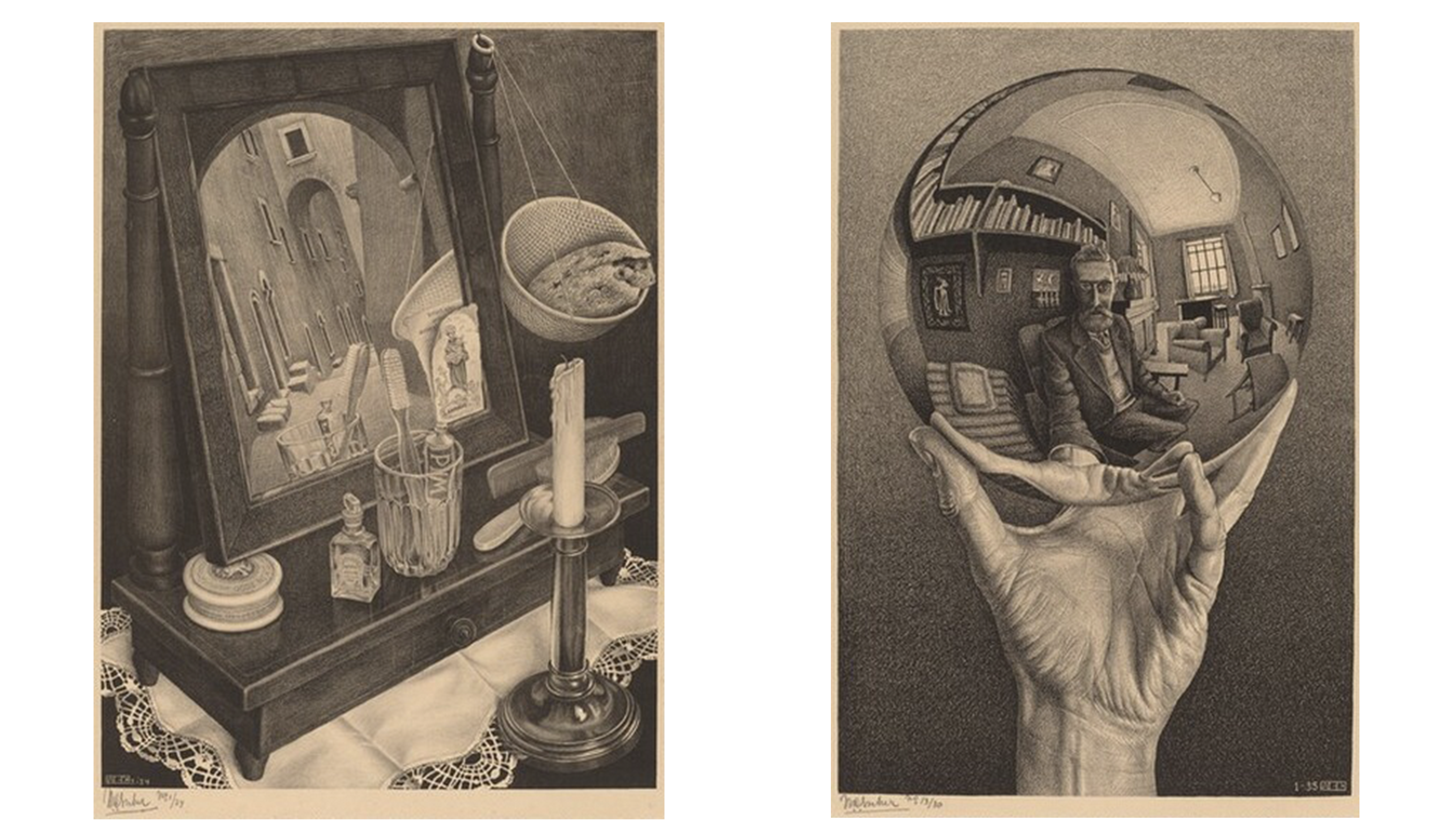 In  RÉBUS by Francois Vogel  you see how the techniques used in M.C. Escher graphic work are used as a point of reference. With 'contemporary' tools Vogel manages to create similar effects.